School District 59 is proud to offer a variety of language support services to meet the needs of our students who come to us with over 60 distinct languages at home. These home languages are a great asset to our district.

Please learn more about the Multilingual program in District 59 by reading the following questions. We are proud that our multilingual programs serve English Language Learners (ELLs) and Developmental Bilingual students from various heritage backgrounds.

2. How many ELL students are in District 59?

English language learners make up 43% of our population in District 59. We have approximately 2,538 students identified as ELL in our Multilingual programs. 69% of our ELL students are Spanish-speaking.

3. How are students identified for the ELL Program?

During the registration process, all families receive a Home Language Survey. If another language is spoken in the home, we are required by the State to screen students for the ELL program. Students are recommended to be in the ELL program based on the results from the State required English language screener test. The test measures the student’s ability to listen, speak, read and write in the English language.

4. What is the ELL Program?

District 59 offers an English Language Learner program for students who are learning English as their second or third language and need assistance in developing the academic language skills required for school. All students enrolled in this program learn English while studying school subjects. These subjects include language arts, math, science, and social science.

The Bilingual Programs in District 59 are based on a dual language model that emphasizes the development of biliteracy and the goal is language proficiency and academic achievement in English and another language.

The ESL programs in District 59 provide support in a variety of ways, including resource services, self-contained classes, or integrated classes. A sheltered instruction approach is used to teach both language and content simultaneously.

All ELL teachers, whether they are ESL or Bilingual teachers, are trained to use teaching strategies that make language comprehensible and promote language development while using the grade level curriculum.

The ELL programs are located throughout the district and are provided either at the home school or at a nearby school where teachers can best accommodate the student’s needs.

5. What is the difference between Bilingual and ESL classrooms?

Both Bilingual and English as a second language classrooms focus on the development of English language skills while learning school subjects such as language arts, math, science and social science. In a bilingual classroom, students who speak the same language work with a teacher who provides instruction in both the native language and in English. Bilingual classes are available for students who speak Spanish and Polish. An English as a second language classroom has children who come from different language backgrounds. Parents who speak Spanish or Polish may choose to put their child in an ESL classroom instead of a bilingual classroom. ESL classes are taught in English.

Students benefit academically by being in bilingual and ESL programs. Teachers use special teaching techniques to provide instruction. Lessons focus on learning vocabulary and developing reading and writing skills, while developing academic concepts. The teachers are providing students with opportunities to speak, listen, read and write in all subject areas. Teachers use a wide variety of visual aides and hands-on activities to ensure students’ understanding.

6. How long does it take to learn another language?

The most comprehensive work done in this field is the research conducted by Wayne Thomas & Virginia Collier. Thomas & Collier studied the language acquisition of 700,000 English language learners in a longitudinal study from 1982 to 1996. They wanted to find out how long it took students with no background in English to reach native speaker performance (50th percentile) on norm-referenced tests. In addition, they looked at variables such as socioeconomic status, first language, programs used to learn English, and number of years of primary language schooling. In their study, Thomas & Collier found that the most significant variable in how long it takes to learn English is the amount of formal schooling students have received in their first language. They found that it typically takes between 5-9 years to learn another language academically (Thomas & Collier, 1997). It takes 5 years or less for students with a strong foundation in their native language and up to 9 years or more for students who were weak in their native language.

Our bilingual program in District 59, which now uses a dual language approach, has a content allocation plan to help grade level bilingual teachers know when to teach English and Spanish/Polish. It provides consistency between bilingual programs across the district and supports students in learning both English and another language.

Students in the ESL program receive support in their English development and that support is gradually released as the child acquires English and attains higher levels of English proficiency.

Every child is different and regardless of the type of ELL program, some students take less than 5 years to acquire English and others take longer.

7. How do we know that ELL students are making progress?

8. What is the best program for English Language Learners?

Dual language programs, like the one offered in District 59, are the only programs found to date that assist ELL students to fully reach and maintain high levels of achievement in the native language and English in all subjects through the end of schooling. The fewest dropouts come from these programs (Thomas & Collier, 2002). Dual language programs include the strategic and sustained use of both English and the language other than English across the curriculum and require that a minimum of 50% of the instructional time be spent in the language other than English. In dual language programs students interact socially and academically in English and another language and develop both social and academic proficiency in two languages.

District 59 started their first dual language program in the 2009-2010 school year. The program started with a kindergarten class made up of 50% native Spanish speakers and 50% native English speakers. In dual language all students learn to read, write, listen, and speak two languages. Based on the success of the initial program, we have grown the program to be the model for bilingual services for our ELL students in the district. As a future step we plan to expand the dual language opportunities for our native English speaker to other sites across the district.

9. How can parents help their children learn?

Parents can help by:

10. Why is it important to be bilingual?

Our core purpose in District 59 is to prepare students to be successful for life. We believe that language and literacy, embedded in a rigorous and relevant curriculum, are integral components of this preparation. All students need fully developed capacities to read, write, speak, listen, and use language strategically and effectively. As our world becomes more global and connected, the development of language and literacy skills in both English and a second language provides significant educational and career advantages. The demographics of our district provide a rich environment to foster linguistic and cultural appreciation. Strong family and school connections build on the talents and assets that our students bring to school, and produce students who proudly identify themselves as bilingual and multicultural. 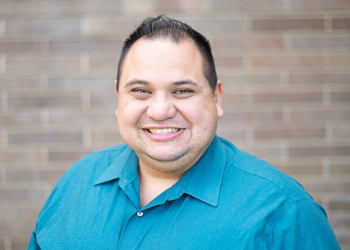